You are here: Home / News & Events / Products / Heidelberg on course for growth 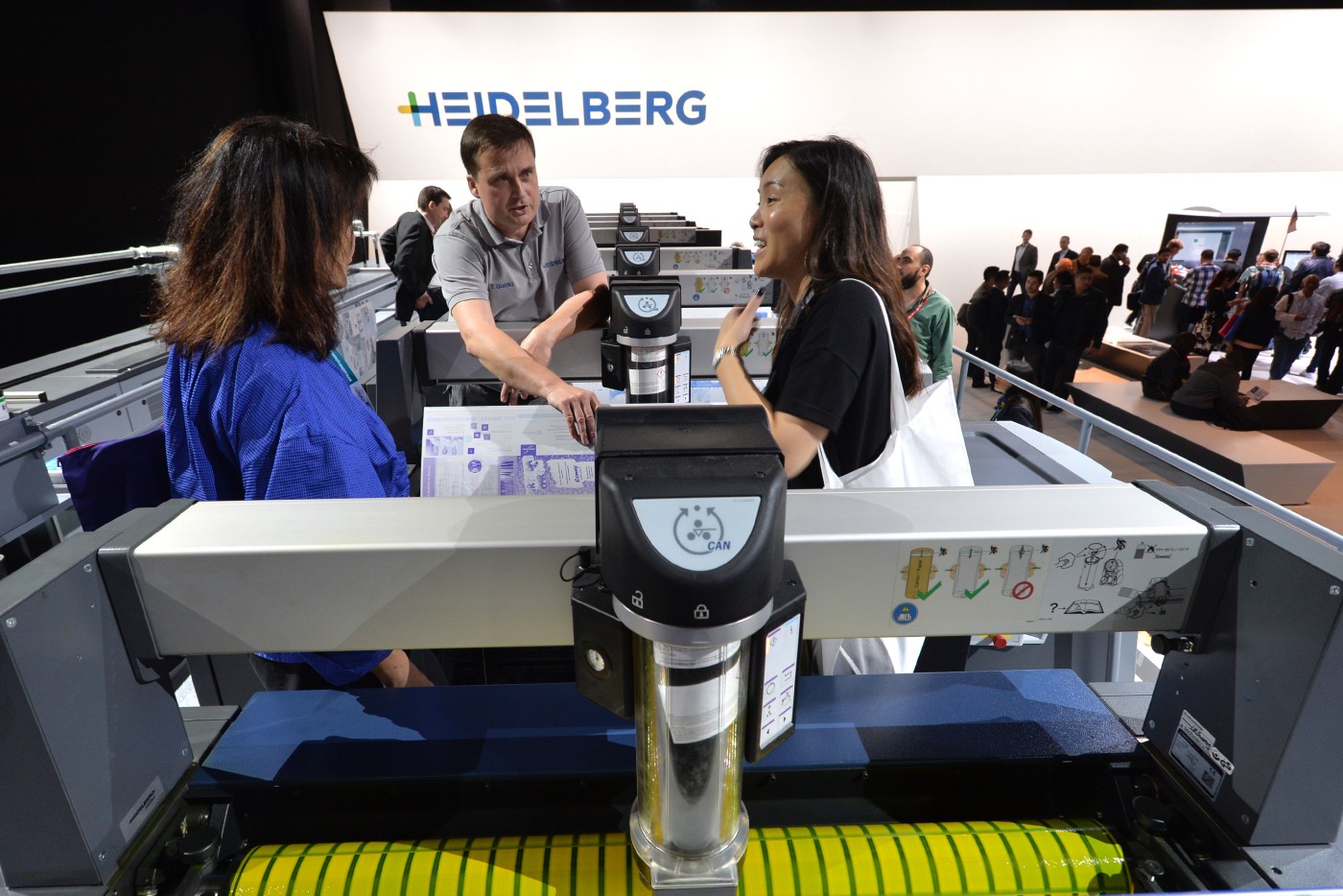 Heidelberger Druckmaschinen AG (Heidelberg) set the course for growth and sustained profitability in financial year 2015/2016 (April 1, 2015 to March 31, 2016). The effects of the successful strategic reorientation over the past few years are being felt. The substantial increase in sales, the improvement in the EBITDA margin to nearly 8 percent, and the significant reduction in financing costs delivered the predicted clearly positive net profit after taxes in the year under review. A €100 million turnaround in result – from €-72 million to €28 million – was achieved.
Heidelberg is looking to continue its growth path in the years ahead based on the new portfolio and planned acquisitions, especially in the services sector. In the current financial year 2016/2017, the company is once again targeting sales growth of up to 4 percent. In the medium term, too, the plan is to achieve an annual increase of up to 4 percent in Group sales – to around €3 billion. This includes establishing profitability at a high level, with an EBITDA margin in the range of 7–10 percent. Despite its outlay to speed up the expansion of digital and service business, the company is expecting to match the previous year’s EBITDA margin in the current financial year 2016/2017. It is also looking to further improve the financial result by reducing the interest burden. The ultimate aim for financial year 2016/2017 is a moderate increase in the net profit after taxes, with further improvements in the coming years.
“Heidelberg has delivered and is once again making profits. The reorientation is showing positive results,” said CEO Gerold Linzbach. “We’re also looking to achieve further growth in the future with our investments in the digital and services business. The high level of customer interest at drupa confirms we’ve adopted the right strategy,” he added. 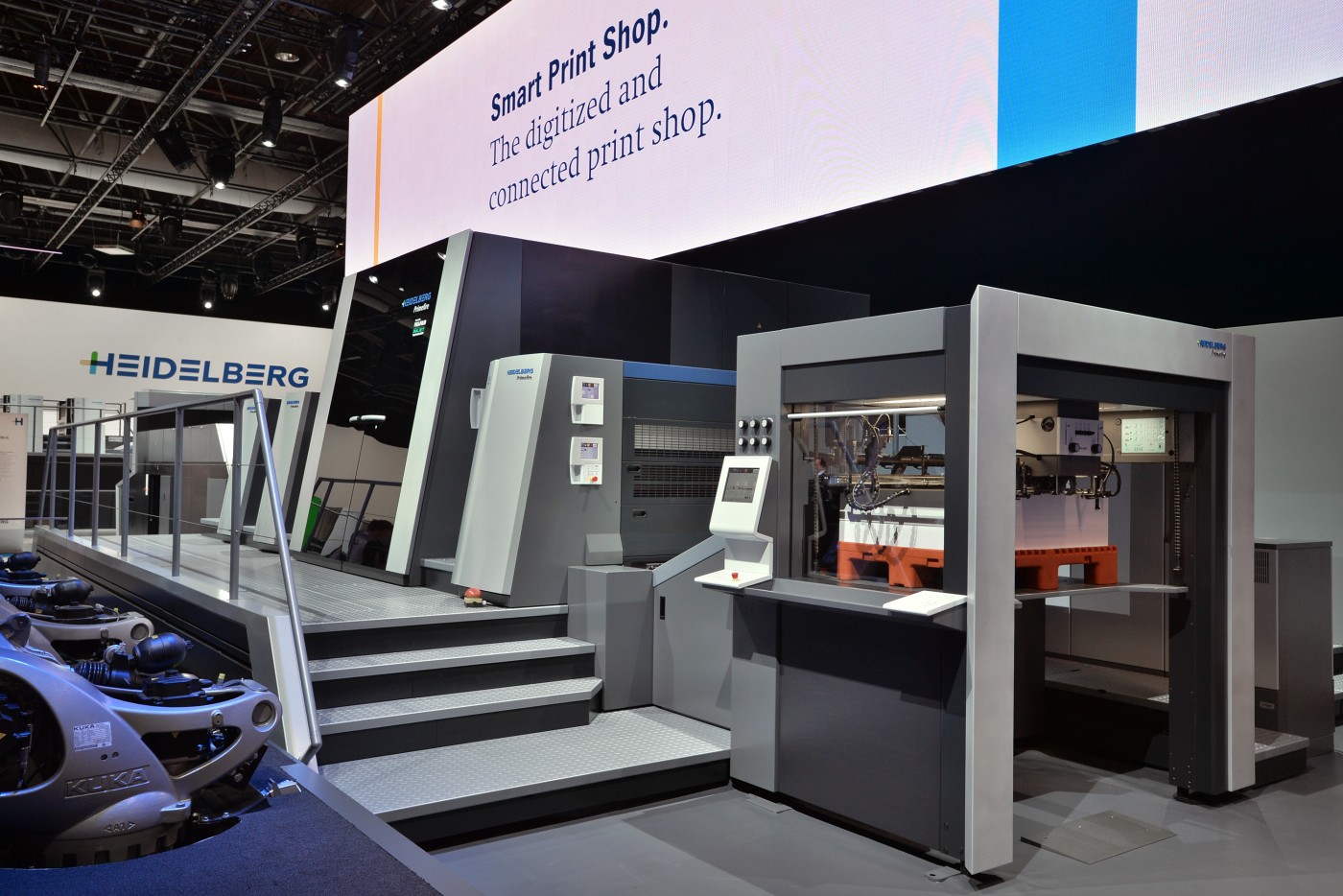 Heidelberg is continuing its growth path under the motto “Simply Smart” at the drupa 2016 trade show in Düsseldorf. To this end, the company is focusing on new products and concepts from the strategic areas of equipment, services, and consumables that are intended to significantly increase the future volume of business and unlock new market opportunities. These new offerings from Heidelberg are aimed primarily at the growing market for high-end packaging and high-quality commercial printing at industrialized print shops.

Integrating customers’ entire value chain for offset printing with the opportunities offered by digital applications makes print shops more competitive. New digital printing solutions also create greater scope for customers’ business models. At the same time, Heidelberg is continuously expanding its service portfolio. With a new cloud-based service platform, the company is also looking to achieve growth in this market segment. Accordingly, the portfolio will shift toward growing activities that are more cyclically resilient. The medium-term goal is for services to account for at least half of Group sales, digital operations 10–20 percent, and the traditional equipment business just over a third. Organic growth will be ensured by further boosting the company’s innovative strength, above all in the areas of software and digital, while external growth will be driven by targeted acquisitions focusing on services and consumables.

The optimization measures initiated by Heidelberg over the past financial year have created a highly diversified long-term financial framework. What’s more, a €100 million loan from the European Investment Bank (EIB) is helping Heidelberg to act as the driving force behind the sector’s digitization and further expand the packaging, digital, and services growth segments. The company has also succeeded in further reducing interest costs, which has provided greater scope for investments in these growth areas.

“Financially speaking, we are excellently positioned for the planned growth. High operating profitability and falling interest payments will increase the earnings per share for our shareholders,” said CFO Dirk Kaliebe. 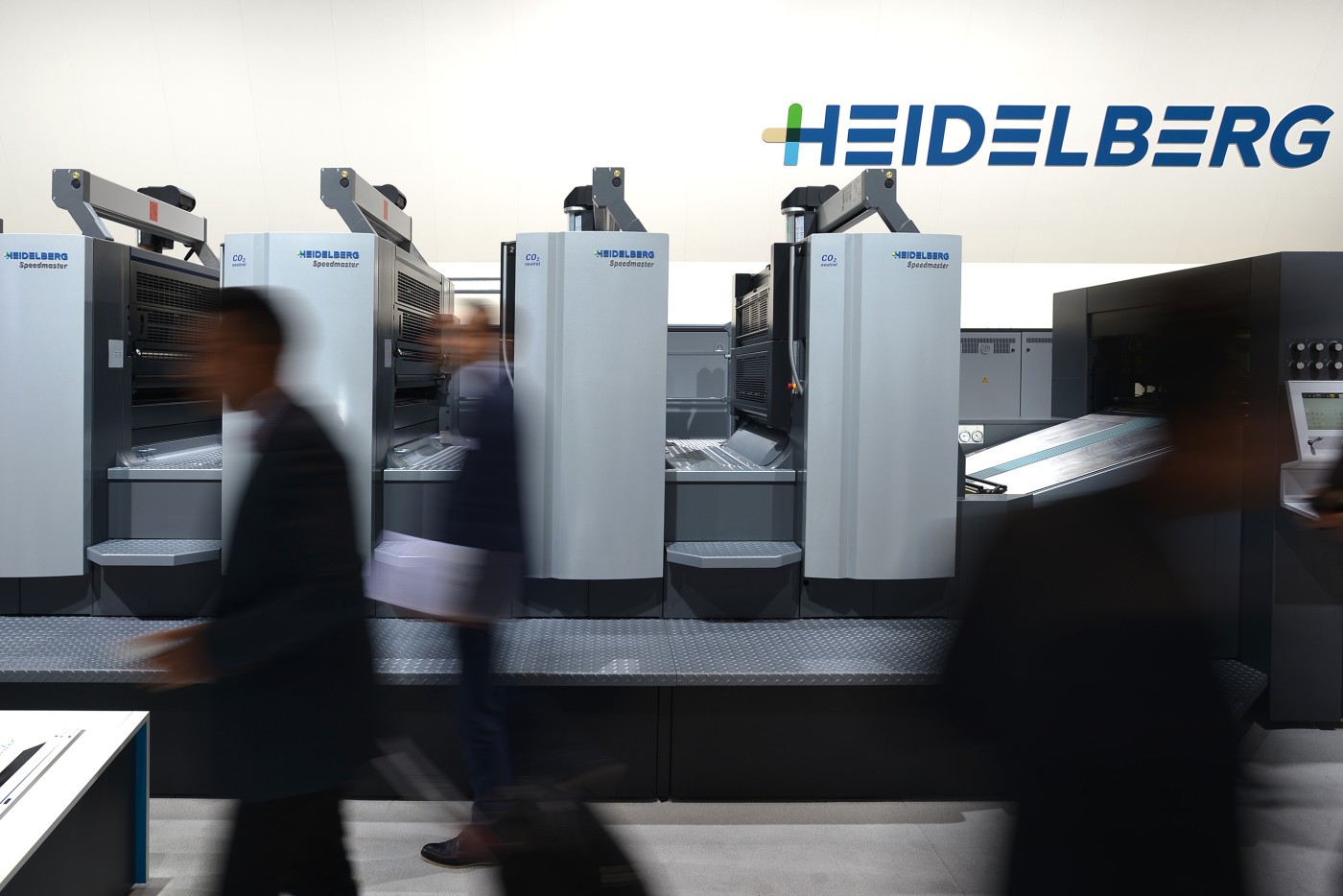 Equity was €287 million at March 31, 2016 (previous year: €183 million), with the equity ratio climbing from 8 to 13 percent. The free cash flow at the end of the financial year was €-32 million (previous year: €-17 million). It remained negative due primarily to restructuring costs and the PSG acquisition. The net financial debt in the quarter under review remained at the low level of around €280 million (March 31, 2015: €256 million) and leverage was significantly below the target value of 2 still in place at 1.5.

Next date on company calendar

This press release contains forward-looking statements based on assumptions and estimations by the Management Board of Heidelberger Druckmaschinen Aktiengesellschaft. Even though the Management Board is of the opinion that those assumptions and estimations are realistic, the actual future development and results may deviate substantially from these forward-looking statements due to various factors, such as changes in the macro-economic situation, in the exchange rates, in the interest rates and in the print media industry. Heidelberger Druckmaschinen Aktiengesellschaft gives no warranty and does not assume liability for any damages in case the future development and the projected results do not correspond with the forward-looking statements contained in this press release.

Heidelberg on course for growth Reviewed by Heidelberg India on June 8, 2016 .